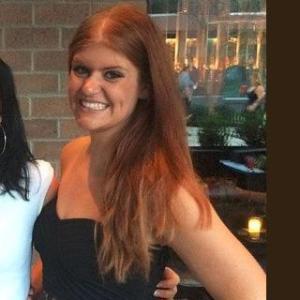 Nikki credits “falling into social media” as a blessing in disguise. She originally went school to become an attorney, receiving a Bachelors of Science Degree in Criminal Justice and Criminology from Northern Arizona University and Masters of Arts Degree in Forensic Psychology from Argosy University, however her full-time job in college allowed her the opportunity to use social media to promote the business. After working in the restaurant field for many years, Nikki started learning more about marketing and social media and applying it to the restaurant industry. She worked on social media for Sonic Drive-In, Tilted Kilt, and several mom and pop restaurants.

After relocating from Michigan to Arizona, Nikki decided to stay in the social media field and obtained a job at the nation’s largest law firm marketing company for small and solo law firms as the Social Media Supervisor. She was able to use skills learned in college as well as in social media marketing techniques to assist her clients and further her career.

With her desire to help businesses with their social media and marketing techniques, Nikki founded Social Media Facelift, LLC. She has worked with a broad variety of businesses in social media management and consulting, and knows that it is her passion and life-long career.

In her free time, Nikki like to spend time with her husband, son, and three dogs. She likes to attend festivals and sporting events and cheering on Detroit teams (even if it is from the couch). She values family, friends, life, and health.

-Nikki was previously a sponsored MMA fighter out of Detroit, being the only female fighter in the gym at the time.

-Nikki participated in a variety of pageant systems for five years across Arizona and Michigan, focusing on Self Defense for Women and Children.

-Nikki has worked over 500 experiential marketing events for various promotional and modeling companies across the country in an eight-year span, including a marketing tour across the Southern United States.